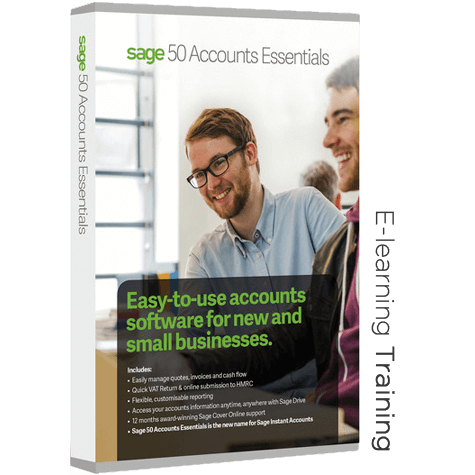 Sage 50 Accounts E-Learning gives you a good understanding of the principles of Sage 50 Accounts, from installation through to creating and amending records, controlling user access and getting started with customer and supplier opening balances. We recommend this option for those who need the basics of Sage 50 Accounts who are happy to learn by themselves. This is a cost-effective option for individuals funding their own training, however, if you are looking for a qualification in using Sage 50 Accounts you might be better advised to look at the self-study workbooks or the IAB option.

We can give you five-star reasons to buy from us! See our reviews

Since 2014, Microsoft have ended all their support systems for Windows XP, this includes security updates. This means that there is an increased risk of malicious security attacks. As we need to protect your data, new versions of Sage 50 Accounts v21 will no longer be installed or operated on Windows XP.

All 32-bit or 64-bit variants of the following operating systems:

In order to take full advantage of Sage software and to keep it up to date, the broadband internet connection must be with a minimum of a 2mbps download speed. also, you must have internet explorer version 7 or above.